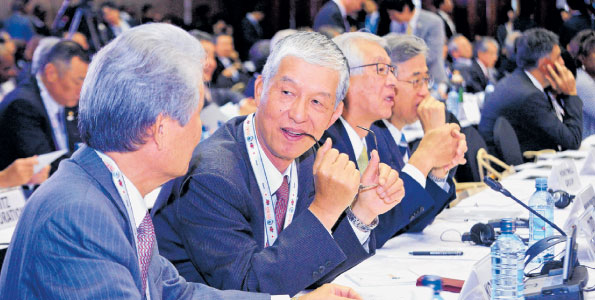 During the quarter, Kenya hosted two high-profile international conferences — the UNCTAD 14 conference in July and the Japan-Africa conference in August — which boosted tourism and security in the country.

Businesses surveyed said they saw a rise in new clients, allowing them to expand on their output, new orders, employment and purchasing.

There was also little increase in business costs, which allowed a number of firms to lower their charges in an effort to attract new clients, the survey reports.

As a result of the new business, the PMI index remained above the September PMI with a slight rise to 53.5 points from 53.3 in August. It had fallen to a 30-month low of 51.5 in June.

“This sustained amelioration is largely on the back of a rebound from the tourism sector attributed to improved security conditions and subsequent hosting of high-profile conferences,” said Stanbic regional economist Jibran Qureishi.

“Furthermore, new export orders rose owing to penetration into markets such as Namibia, Sudan and Ethiopia. This diversification of export markets will only serve to underpin the Kenyan private sector’s resilience.”

The findings of the Stanbic-Markit PMI survey mirror those of the Standard Chartered-MNI Business Sentiment Indicator, which found that business sentiment rose to a five-month high of 63.7 in September from 58.7 in August.

Standard Chartered said respondents to its survey reported that new orders had surged to a 2016 high and as a result had increased their hiring.

Standard Chartered has, however, cautioned that the current optimism in the business sector could be dented by lack of credit access after the interest rate cap, which has made banks more risk averse.

“Should Kenya’s weak credit growth trend persist, the BSI is likely to deteriorate further in the months ahead despite the optimism seen in September, potentially fuelled by the likelihood of lower interest rates,” said Standard Chartered chief economist for Africa Razia Khan.

Some banks have, however, reported a surge in loan demand.