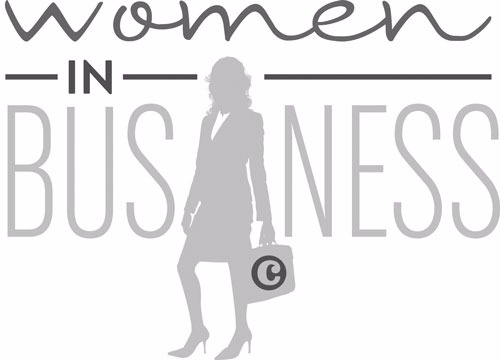 There is no shortage of statistics to prove that women are getting a raw deal in appointments to boards and executive teams of companies.

Now there is compelling evidence that having more women on boards and in executive teams of companies is not just a case of natural justice: It makes good business sense too.

Results of a study conducted in Africa by McKinsey & Company this year show that the earnings before interest and tax (EBIT) margin of companies with a higher proportion of women on boards was higher than the industry average.

The results of the Africa research reaffirmed what McKinsey had previously found from nine other studies conducted around the world over the past decade: That organisations with a greater share of women on their boards tend to have higher operating margins, return on equity and total return to shareholders.

While the correlation between the proportion of women and business performance does not constitute causality, the researchers learnt that the benefits of diversity extend to such areas as risk management, decision making and board dynamics, all of which can have an impact on financial performance.

The inherent attributes of women can make significant contributions to decision-making in companies.

“Companies with a greater number of women in leadership positions tend to manage risk better — they are less likely to overpay when they make acquisitions, for example. And women leaders help companies relate to their customers better, as a company with greater gender diversity is better positioned to understand the needs of its customers,” states the report. 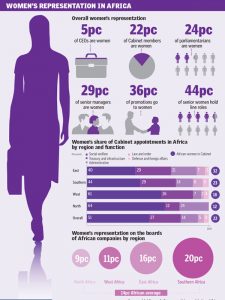 This position was reinforced by Anne Mutahi, chair of the Standard Chartered Bank, who was one of the panelists discussing the report during the launch: “In the financial sector we are on the cusp of change… There is a huge disruptive force. People want a leadership that is less hierarchical and willing to co-operate, collaborate and negotiate,” she said, in an apparent reference to some of the attributes women bring on board.

Another panellist, economist Kwame Owino, argues, “As we make the business case for increasing the proportion of women on boards and executive committees, we must also make the normative and human-rights case.”

However, the research also re-confirmed an old truth: Companies in Africa and around the world are yet to tap the benefits of gender diversity, with huge disparities in representation of women in leadership roles.

In the companies in Africa that were studied, women are outnumbered by men at every stage of the corporate pipeline, with the disparity rising with seniority.

Interestingly, Africa’s performance is better than the global average of 20 per cent of executive committee positions and four per cent of CEOs.

“Some of the companies manage to promote women into middle level roles, but then encounter difficulties promoting them to senior management positions. Women are effectively locked out of the top,” states the report.

In addition, gender issues are not taken seriously enough, with only 31 per cent of African companies seeing it as a top priority for the CEO, while 25 per cent stated it was of no importance.

The researchers also noted that the barriers that women face in the workplace are poorly understood. “Organisational representatives see the ‘double burden’ syndrome, whereby working women also have to take primary responsibility for domestic duties, as the biggest barriers to their success. Women see this issue too, but say the most important barrier is attitudes in the workplace that result in women being treated differently from men,” the report states.

Companies that have made gender diversity a priority have put in place leadership skill-building programmes and set for themselves targets to boost women’s representation.

The researchers, however, observe that in most companies that have a higher representation of women in senior management, the most common measure is flexible working hours. Only 15 per cent tackle the primary concern of attitudes at the workplace.

While the findings of the study and recommendations by the researchers would go a long way towards improving women’s representation, a lot more could be done to capture sectors that the research omitted, as well as to zero in on country by country performance.

Sicily Kariuki, Kenya’s Cabinet Secretary in the Ministry of Public Service, Youth and Gender Affairs, invited McKinsey to partner with the government to undertake an empirical study to produce a Kenyan situational report.

“There’s sufficient clarity within government on where we need to locate women. But, with the private sector, we have to move away from that position of a bit of guesswork to one of what needs to be done,” she said.

Zebib Kavuma, the Kenya country director of UN Women, said the study provided more evidence of why every woman should count.

Participants at the launch observed that the report had omitted the SME sector, where larger proportions of women hold key leadership positions, as well as the agriculture sector.

“The report recommends that to drive gender diversity, companies must make the issue a top board and CEO priority; anchor gender diversity in a compelling business case; confront limiting attitudes towards women in the workplace and implement a fact-based transformational strategy.